What Is An Emcee, Exactly?

WHAT IS AN EMCEE, EXACTLY?

Master of Ceremonies is often abbreviated as "MC", or "Emcee", referring to the head person in charge of speaking throughout an event. Emcees help elevate the atmosphere of your event with their professionalism.

The role and title of a Master of Ceremonies may change based on the event. Masters of Ceremonies appear in the entertainment industry, including; on game shows, in music culture, in the corporate world, during cultural events, in weddings, and more!

WHY HAVE AN EMCEE?

Having a Master of Ceremonies for events affords you a sigh of relief, since this creative professional will be responsible over executing the agenda during the event; particularly if a guest speaker or performer does not show up, or is delayed, and someone must step in to fill the gap. Professional Emcees know to be prepared for anything, and a good Master of Ceremonies will keep your event going without a hitch! Book your professional emcee, Jilliana Jean-Charles, at The Bash today! 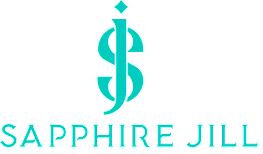